A while after moving into the house my wife and I currently live in which, by the way, does have a beautiful fireplace, I realized that there was no clean-out for the ash pit.  Was the cast iron hatch removed and the hole blocked up?  Was there never one in the first place?  Who knows.  Curiosity got the best of me, so one day I removed the wood grate, lifted the lid & cleared the thick cobwebs and cautiously lowered my cell phone through the opening in the floor of the fireplace.  Sure, it was a little discomforting putting my arm down there, but I really wanted to see what it looked like.  We all find beauty in a wide range of shit, and the photos I took of the inside of our ash pit were, in my opinion, fascinating.  And no, I'm sorry to say, there were no bodies down there.

Unless, of course, they're buried beneath the mounds of powdery ash and soot at the bottom.

I got sick of her bitching about everything, and she got sick of me just lying around, pissing and moaning.  After a while I stopped going to physical therapy and lied about it.  I knew she'd eventually find out, but I was caring less and less.  I spent more time at Casper's, the shit hole dive bar at the end of our street, just so I didn't have to go home.  I know, I know, home is where the heart is, and all that.  I just couldn't do it.  When I was home, we were at each other's throats almost constantly.  Something had to change, especially with the baby coming.  I just didn't know what.  All I wanted to do was tie one on and forget about everything.

Fat chance.  After she realized I'd drained what savings we had left she blew her top.  She told me I'd either have to get back to work or go live somewhere else.  She told me she couldn't take it any more.  Said she didn't need no slacker hanging around making things more miserable than they already were.  That was the final straw.

I'd needed to find a way to get rid of her but didn't honestly want to bury her out where critters would almost certainly dig her up and carry her parts off where someone might find them.  One of the things that struck our fancy most when we bought this house was the fireplace in the middle of the living room.  At the time I hadn't given it any thought, but realized after researching some things that there was no clean-out in the basement for the ash pit.  There was a trap door beneath the grate up in the fireplace, but no way to clean out the ash that got dumped down it.  "Well," I thought to myself, "no time like the present." 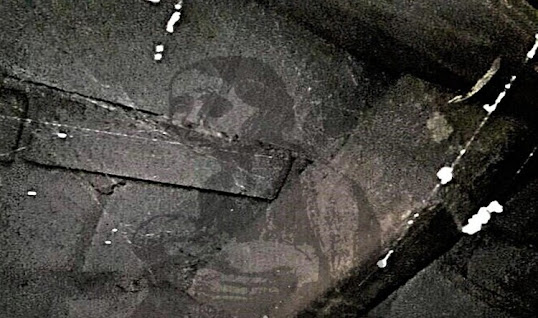 After I'd cleaned up all the mess from her and sealed the chimney down in the basement I headed down to Casper's to think things over.  Any regrets?  Should've used more lime, maybe? I suppose I might be just a little sad, and mostly for the baby.  Will I miss her?  Hard to say.  Let's just allow some time for things to sink in.